The 2020 Alchemist Cup will be held December 2-6, 2020, at the Genting Highland Resort in Malaysia. In this elite invitational event organized by Michael Tang, ten teams of five players will play nine games per day for a total of 45 games.

The United States team of Conrad Bassett-Bouchard, Dave Wiegand, Evans Clinchy, Jesse Day, and Will Anderson came in second in the 2018 Alchemist Cup in Penang. Canadian Adam Logan played on the Rest of the World Team, which came in third. 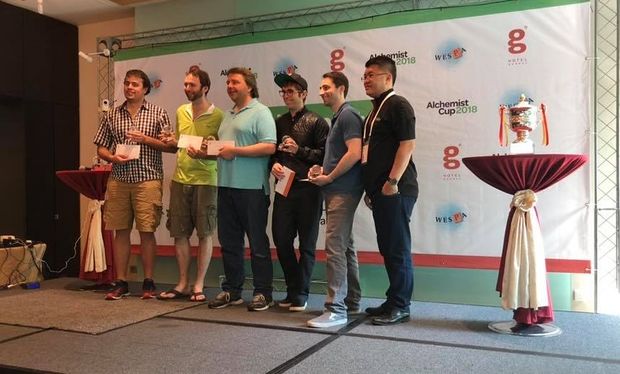 Both the United States and Canada will field teams at the 2020 Alchemist Cup.

Members of the 2020 U.S. and Canadian teams will be selected by the NASPA International Committee according to the following criteria:

Registering for the Qualification Process

Interested players will then be ranked by the arithmetic average of the ratings they achieve at the end of NASPA CSW tournaments during the qualification period.

The top five registrants from each country as of midnight Pacific time, June 1, 2020, will form the U.S. and Canadian teams.

The following players have registered to represent Canada at the 2020 Alchemist Cup:

The following players have registered to represent the U.S. at the 2020 Alchemist Cup:

Any questions or disputes may be directed to the NASPA International Committee.